The Bango Bango''s is the brainchild of singer/drummer-Astrid Voxx. Her inspiration for this band came from her daughter''s love of all GIRL band''s such as The Go-Go''s, The Bangles, Vixen and more, so the idea was born to form their own all female salute to Women in Rock! Take a nostalgic night out and go down memory lane with THE BANGO BANGO''S as they present "Women in Rock" featuring the music by Blondie, Pat Benatar, Scandal, Vixen, Joan Jett, B-52''s, Bangles, Fleetwood Mac, Jefferson Airplane, The Go-Go''s, The Cranberries, Garbage, 4 Non Blondes. ALL eras from the 60''s to today! We hope you like audience participation, because this is a FUN, interactive show that is very family friendy! Get "Ready to Go" for an evening of dancing, singing and nostalgia, Bango style! 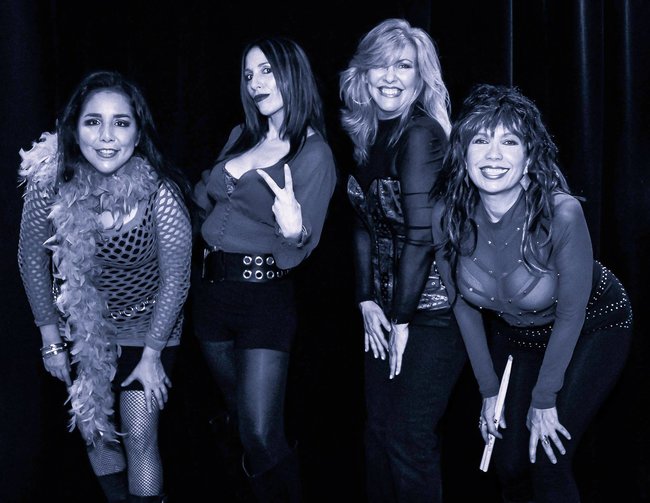